As a financial advisor I thought I would share with you my personal favorite 8 tips I believe all individuals, couples or families should be practicing. 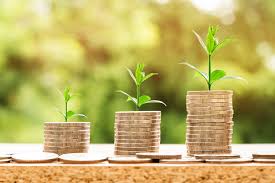 If you would like to learn more about my thoughts related to personal finance and how easy building blocks can begin a lifetime of wealth please email me at phundley@lighthousecapllc.com or find me on Facebook at Paul Hundley, Lighthouse Capital. You can read more of my blogs at the Lighthouse Capital Blog.

Make it a healthy, happy and profitable day!

The claim, brought last year by Schlichter, Bogard & Denton, asserted that the $19 billion plan violated the Employee Retirement Income Security Act in part by paying Vanguard asset-based recordkeeping fees rather than a consistent, per-account charge and by failing to put the contract out to bid.

Oakland, Calif., federal court Judge Phyllis Hamilton granted Chevron’s motion to dismiss in August for lack of evidence, but she left the door open to the plaintiffs’ amending the complaint. The plaintiffs did subsequently refile, and in a decision last week Hamilton dismissed the claims again — this time “with prejudice,” meaning they cannot be refiled. Click here for the full article.

Our take – Not often do you hear the words excessive fees and Vanguard in the same story, but despite setting the industry standard for low cost investments, Vanguard is compensated quite handsomely to gain access to their 401k record keeping platform. However, and fortunately, charging a fee for a service is not against the law and the court acted accordingly.

Summary: Last Thursday, a federal district court judge in Minnesota dismissed a class-action lawsuit brought forth by participants in the Wells Fargo 401k plan. The suit alleged that Wells Fargo breached their fiduciary duty by including their own Wells Fargo target date funds in the plan. Central to the plaintiff’s argument was that Fidelity and Vanguard offered lower cost and better performing funds in comparison to the Wells Fargo funds. However, the court disagreed with the plaintiffs assertion that the mere existence of less expensive and better performing funds, without showing a flawed decision making process, was grounds for a 401k fiduciary breach lawsuit. In the 10 page decision issued by the court, Judge Doty stated, “[plaintiff] pleads no facts suggesting that the choice of affiliated funds was the result of flawed decision-making.” This decision is subject to appeal and could possibly be overturned by the United States Court of Appeals for the 8th Circuit.

Our take: Plan Sponsor’s may insulate themselves from 401k lawsuits by having a sound decision-making process for determining what funds should be included in their 401k. Having an independent investment adviser quarterback this process can be an inexpensive way to provide this value. Learn how we can help manage your 401k by contacting us at info@lighthousecapllc.com.